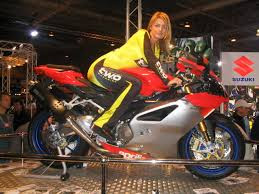 In his early cyberpunk works set in the Neuromancer universe, William Gibson envisioned hackers (cyberspace jockeys, cyber cowboys) jacking in into the matrix not seating in front of a computer, but lying down on their belly in a position resembling driving riding a high-powered motorcycle (approx. 45-degrees). The protagonists were sometimes depicted wearing VR googles, which obviously removes the need for a monitor.

In the Matrix, which recycled many concepts from Gibson's book, the characters also jack in laying down, this time on their back (around 180-degrees).

Other science fiction movies, such as Johnny Mnemonic and Minority Report, presented user interfaces in which the operator--sits or stands up-in an somewhat more conventional upright position (90-degrees) uses his hands to manipulate objects seen either in VR googles or on a transparent 3D screen.

Recent scientific study suggests that Gibson might got it right the first time, at least in respect of the need to be 45-degrees removed from the uptight 90-degrees:

"A 135-degree body-thigh sitting posture was demonstrated to be the best biomechanical sitting position, as opposed to a 90-degree posture, which most people consider normal," said study author, Waseem Amir Bashir, a researcher at the University of Alberta Hospital in Canada. "Sitting in a sound anatomic position is essential, since the strain put on the spine and its associated ligaments over time can lead to pain, deformity and chronic illness."

The article does not inform if the researchers tried the opposite, 'Gibsonian' position. But it might be a start of a whole new furniture ensamble.
Posted by Развигор